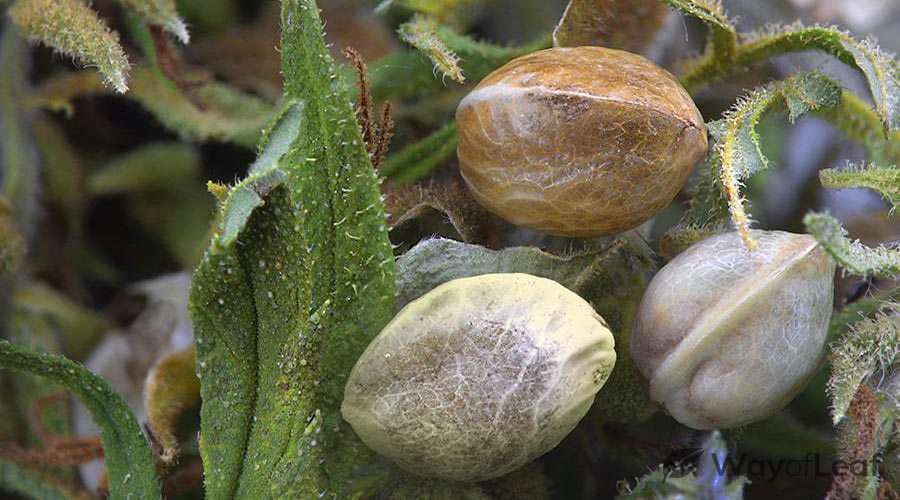 Apparently, it is a crossbreed between The Bomb, Ultra Haze, Champagne Haze, and a few other popular strains. Users claim that it offers a nice sweet and spicy taste. Also, it offers an uplifting cerebral high that can be used to manage the symptoms of depression and perhaps boost your appetite.

When Quick One was released, it was among the fastest-growing strains ever. While there are even quicker growing autos these days, Quick One is still lightning with a total grow time of around 8-9 weeks. However, you may want to give it an extra week for a more mature final plant.

Royal Jack Auto shouldn’t grow any taller than 80cm, and its yield is around 4-5 ounces per plant. Overall, with a THC content of around 16%, this autoflowering option provides you with a relatively potent, Sativa-dominant high that could boost your level of creativity. Users are also rewarded with a fresh and peppery scent from what is a very satisfying smoke.

The shorter growing season means you have a higher level of autoflowering varieties. Imagine having the opportunity to grow five different strains in a single season! Multiple harvests are especially useful if you enjoy the growing process and are keen to sample as many marijuana types as possible.

The buds provide users with an indica effect, and its woody, intense aroma and taste combine beautifully with a hint of lemon. White Widow Automatic has been bred for several years to ensure genetic stability. The plant can grow to 100cm, although it is more likely to hit 50cm. The overall yield is up to 9 ounces per square meter, although some growers claim they have attained a yield of 16 ounces.

The Pros and Cons of Growing Autoflowering Cannabis Seeds

When using auto-flowering cannabis seeds, make sure your plants have as much support as possible throughout the process. Ideally, you will begin your autoflower grow indoors with artificial lights you can control. This tactic reduces the likelihood of error and increases the possibility of a strong start.

The autoflowering phenomenon has only gained traction in recent years. Strains of this nature include Cannabis ruderalis genetics, a species of marijuana first described by D. E. Janischewsky, a Russian botanist, in 1924. When you cross ruderalis genetics with indica or sativa varieties, you get plants that grow and flower without intervention.