This is a troubling insight for those who depend on cannabis for medicinal purposes. Because individuals may not receive the intended reaction to treat their medical condition as a result of consuming improperly labelled cannabis products.

There are three types of cannabis seeds a first-time producer can purchase: feminized seeds, regular seeds, and autoflower seeds.

As far as bestsellers go, there’s not a lot of strain-specific sales data available, but since most cannabis seeds are sourced from the Netherlands, it’s not difficult to find information about the best-reviewed and most popular strains.

Creating a cannabis business plan is slightly different from that of a traditional business or initiative. Aside from typical hurdles like financing, competitive research, marketing, operations, and structure of ownership, you’ll need to closely study the state-specific cannabis regulations and ensure your business won’t run afoul of limitations placed on growers by these new laws. We recommend you research cannabis consulting firms in your area, or contact your state’s cannabis governing agency to discuss governing laws. Furthermore, cannabis producers should consider the following:

There’s much debate in the world of artificial lighting for cannabis greenhouses, but studies have shown HPS – or High Pressure Sodium – lights provide a more consistent form of lighting for indoor grow facilities.

Auto-flowering seeds begin to flower on their own – no adjustments to light cycles necessary. These plants tend to be smaller as a result, but yields are comparable to those of regular and feminized seeds.

As with any new venture, getting started in the cannabis industry requires one thing among all other aspects: ambition. If you’re prepared to commit the majority of your time to the cannabis industry, you’ll need to be well-versed in its history as well as current events, data, and the ever-changing political climate in order to be successful.

In Washington State, outdoor cannabis production facilities must be established in an open expanse enclosed by a physical barrier or a sight obscure wall at least eight feet high. In Colorado, producers are prohibited from growing cannabis outside of a secured, enclosed location – including high fences and semi-permeable roofing.

Seeds allow a grower complete control over the entire growth cycle, but the process takes longer as a result. Getting clones from another grower will speed up the process, but leaves the plants susceptible to mold, disease, or shock if replanting is required. 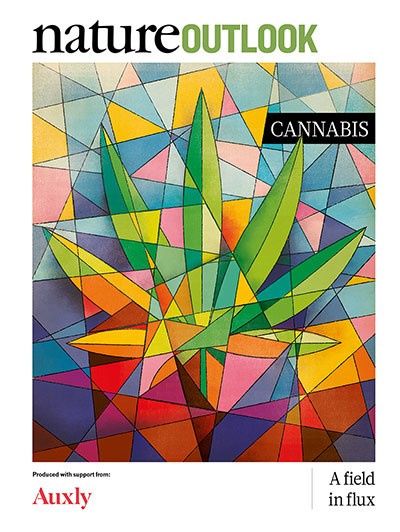 In Canada, government regulations require producers to use an independent lab to measure the level of cannabinoid in dried cannabis flowers and oils so that the resulting products can be labelled appropriately. Producers must also test for contaminants such as the bacterium Escherichia coli, mould, heavy metals and 96 types of pesticide. When edible cannabis products become legal in Canada later this year, they will face similarly stringent rules, says Purcell; labels on such products will have to convey the same nutritional information as do those on any other food product. In the United States, the regulations are broadly similar to those in Canada. But each US state where medical or recreational cannabis is legal sets its own testing regime — and those requirements can vary widely and change quickly. “In Delaware, the regulations are now totally different than two years ago,” says Marcu.

Although small-scale growers of illicit cannabis can get away with vague descriptions of strains and considerable variation between batches, commercial producers have to meet the same standards as they would for other consumer products. They need to produce a reliable product and follow the stringent rules and regulations that apply to product labelling and safety in their country.

Many of the challenges of large-scale cannabis production can be solved by drawing on the experience of the commercial greenhouse industry, says Zheng. Growing crops commercially requires a homogenous soil and consistent irrigation. Small variations can mean that parts of the crop dry out at different rates, which leads to the spread of pathogenic agents and root rot, and to an inconsistent product. But the tomato industry, for example, has experience of growing tens to hundreds of hectares of produce at a time, and that expertise can be transferred easily to cannabis growers, says Zheng.

Cannabis companies are quickly adopting techniques and technologies that were pioneered by commercial agriculture and horticulturalists. Organigram, a cannabis producer in Moncton, Canada, stringently controls its growing operations, says Jeff Purcell, vice-president of operations. “The growing environment is standardized, and we have full control over the air, light, temperature and fertilizer,” he says. “It’s all highly automated and computer controlled.”

“As the industry has gotten bigger, they realized they must transition to use modern horticultural science,” says Youbin Zheng, a horticulture researcher at the University of Guelph, Canada, who works with cannabis companies.