Blackberry was bred from a female Black Domina, a clone originally hailing form Seattle in the USA, and Nirvana’s own Raspberry Cough male. With lower night-time temperatures plants will turn lovely shades of purple making for very attractive, dense buds.

Blackberry is an indica/sativa hybrid of medium height that is primarily intended for indoor cultivation and produces yields of between 400 – 500 gr/m 2 in a flowering period of between 9 and 11 weeks. The tight leaf structure of the Black Domina has been carried over into Blackberry and its buds are fat and produce a thick, rich smoke complete with subtle flavours of Asian sativa strains. THC production is towards the high end of medium with high levels of CBD as well. 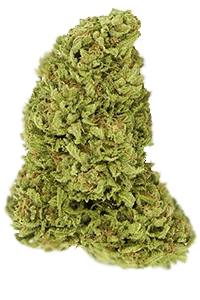 However, another possibility is that Blackberry Kush seeds were created by crossing Blackberry and Bubba Kush. Regardless, Blackberry Kush is a heavy-hitting indica-dominant hybrid that’s won thousands of medical marijuana patients in need of practical medicine.

Blackberry Kush is one of the most sought after strains by medical marijuana patients.

The dominant cannabinoid in Blackberry Kush is THC.