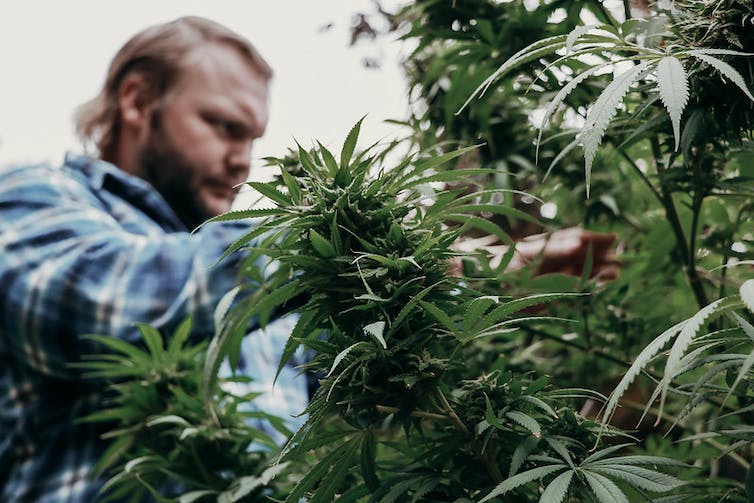 Three-quarters of respondents report that they grow cannabis because they get pleasure from doing so. Nearly half report that they are growing for their own medical use. And while 15% report growing to supply others with cannabis for medical use and 15% supply others for recreational use, our growers are not acting as drug dealers: only 4% reported selling cannabis for profit.

There is some interesting variation between countries in the findings. In Italy, more than one-quarter of respondents had started growing since the pandemic started – noticeably above the global average. Meanwhile, one-third of Portuguese respondents cited a shortage of cannabis during COVID-19 as a reason for growing their own.

Sure enough, our preliminary findings suggest that COVID-19 has affected domestic cannabis cultivation around the world. With nearly 5,000 participants at the time of writing, 16% report only becoming involved in cannabis growing since the pandemic. There are 11% of respondents saying that having more time at home was why they were growing, while 8% cite increased cannabis prices during the pandemic as a motivating factor.

In 2012, we surveyed growers in Australia, Austria, Belgium, Canada, Denmark, Finland, Germany, the Netherlands, Switzerland, the UK and the US to find out more about small-scale growing, and how and why they these people got involved. Most turned out to be regular people – with normal jobs, normal family arrangements, and no more involvement in drug dealing or other crime than any other section of the public.

Keeping up with cannabis

This trend has been gaining momentum during the pandemic. So is this permanent or will the old supply chains reassert themselves when countries return to some kind of normality?

Since COVID-19 has affected almost every area of life, you would expect it to affect drug use and drug markets. People have been spending more time at home. Social interactions have been limited, including opportunities to take drugs with friends or to obtain them from the usual sources. Meanwhile, national and international drug supply networks have been disrupted.

It is hard to measure this accurately, but the Independent Drug Monitoring Unit estimated that by 2012, 80% of the cannabis used in the UK was grown here – up from 30% in the late 1990s. It is probably well over 90% now.

But if lockdown has led a significant number of people to start growing their own cannabis, it is also important to note that the vast majority of our participants were growing it already. And while many respondents (18%) reported growing more under lockdown, one in ten said they were growing less or had stopped altogether. Meanwhile, organised crime continues to supply a large chunk of the UK cannabis market.

Back in the days when “skunk” was mainly associated with Pepé Le Pew and hydroponics was a way of improving cucumbers, most of the UK’s cannabis supply was imported from places such as Morocco and Lebanon. This changed in the past two or three decades in the UK and many other countries as organised criminal gangs set up growing operations closer to home. It sparked calls for further legalisation from cannabis advocates and fury from conservatives.

“The cultivation of hemp at home is essential for patients who must make therapeutic use of it and who often do not find it available, as well as to combat the [street] sale [of the drug] and the consequent criminal behaviour,” Mario Perantoni, of the Five Star Movement, said.

Backers of the law change say it is necessary to allow people to grow cannabis for therapeutic and medicinal uses.

In 2019, Italy’s Supreme Court ruled that growing small quantities of cannabis at home for private usage was legal.

By registering, you will also enjoy limited access to Premium articles, exclusive newsletters, commenting, and virtual events with our leading journalists