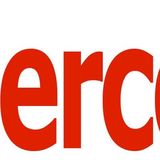 While growing under cover is an efficient way to grow weed, it might be not the most cost-efficient. This is especially true if you live in a climate that doesn’t get much below 10° C when the sun goes down. Then your best bet is to grow outdoors. Even if you can’t grow as big of a yield, you will still receive a fair yield with sunlight and rain. This will offset the expenses of electricity and water incurred by undercover growing. Some cannabis growers is of meaning you could earn just as much money growing outdoors as you would by investing in greenhouse production over a smaller surface but higher yield per square meter. But let us discuss the advantages of greenhouse production first.

As there has been a long-standing prohibition on cannabis, much of the weed produced in the last century has been done so ‘behind closed doors’. Growing cannabis under protective cover has given birth to some of the most popular varieties today. That is because the producer can control the elements in which the plants are grown. Therefore, growing under cover, allows you to pinpoint and maintain the ideal environment for all of your plants to produce the highest yield.

Therefore, is setting up a greenhouse for cannabis production worth the investment? In this editorial greenhouse yield per square meter comparing growing cannabis indoors and outdoors is discussed.

add pollutants into the atmosphere. With your cannabis’ stomata open, the plants can take in heavy metal particles. Choosing the right cover is crucial for optimal greenhouse yield. The cover is critical because it plays an integral role in heat retention. Greenhouses are covered with polycarbonate sheets or polyethylene film. You want to get a cover that has exact UV translucency for your cannabis production. This allows for leaves under the canopies of cannabis plants to get more nutrients from natural sunlight. Seeing you can control the climate inside a greenhouse, you can make the most of your yields by getting a screen that functions automatically according to the plant’s climate requirements. UV rays can destroy some of the compounds of marijuana when the plant has been exposed to the sun’s radiation for too long.

The white shade cloth seems to be doing a great job, it seems as if it is having a reflective effect and maybe a deterant to bugs too but it could also be due the potted Lavender behind?? using the shade cloth was just a bit of luck as that was where the trial clone was put and just grew sometimes luck happens.

Reason I call her fluky clone is due to my beginners stuff-up with mother, after she was cut down mid flowering there was a tiny 3cm growth with bud on top I dipped it in gel stuck it into 6″ pot of coco in shade house. Much to my surprise a few weeks later after my hand operations I noticed she had grown a bit so I pinched the small bud off and started to feed her Expecting to see a hermie but no she has turned out great almost mature Lady. I will try to attach picture.

These are some pics of my first grow in a pot, under 50% shade cloth.

recommend Ag plastic , it defuses the light to give you a more even coverage under it ( think , shady side , light side = more even light )