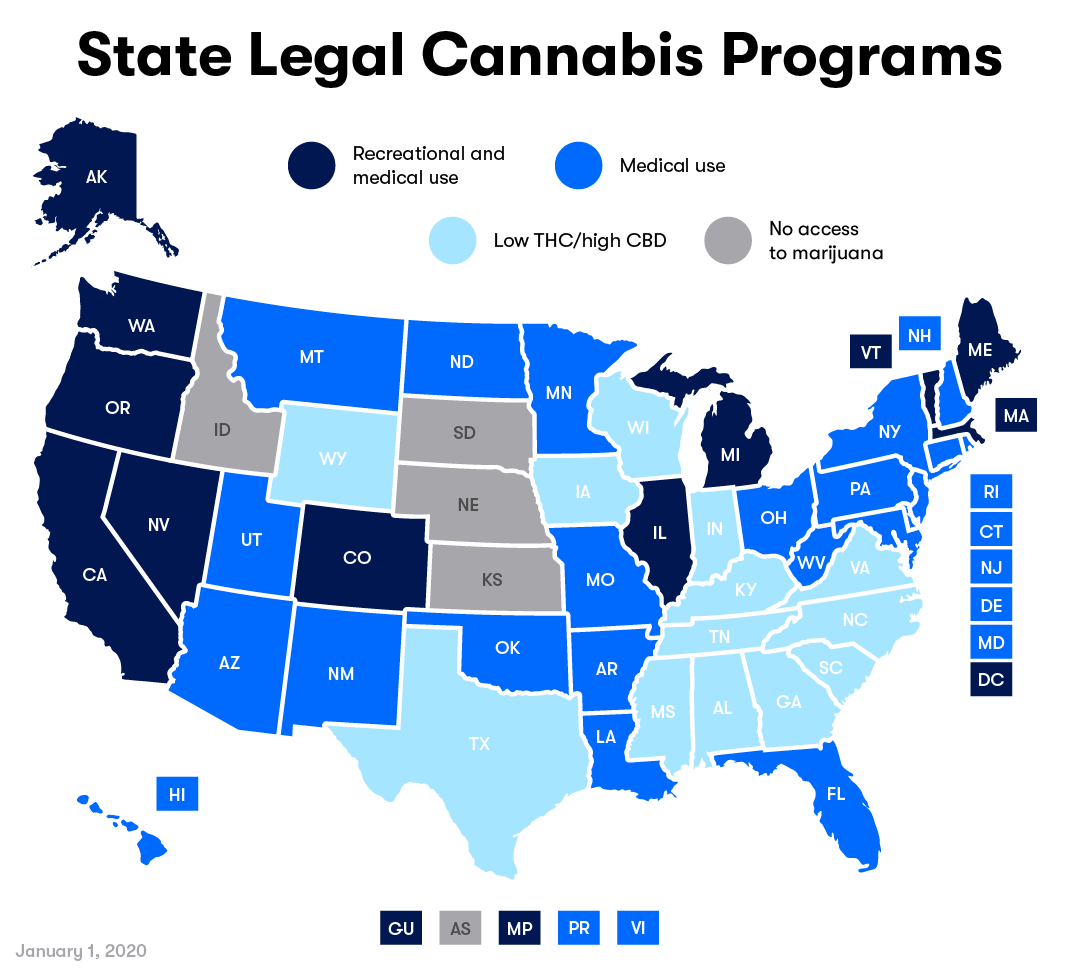 The movement to legalize medical and recreational marijuana is gaining speed across the country and its territories. Currently 11 states, Washington, D.C., and two U.S. territories have approved some form of recreational marijuana use. Yet whether you call it weed, pot, cannabis or marijuana, it’s still illegal at the federal level. So, what does this mean for residential property owners and landlords?

The move to legalize marijuana is gaining ground across the country, with more states and territories approving its use. Here’s what it means to you as a property owner or landlord.

Once you decide how you want to handle issues related to cannabis, work with your legal advisers to incorporate relevant terms into the lease or other documentation.

As a landlord or property owner, you can decide if you want to allow tenants to grow marijuana on your rental property. Things to consider include electricity use from indoor growing lights or whether plants growing outdoors could encourage trespassers onto your property. You can prohibit growing altogether by including a clause in the lease.

In places where recreational use is legal, and if you’re over 21, it’s generally OK to keep an amount sufficient for personal use and use it in your residence. “Use” is often defined as smoking or vaping, but it also includes consuming edibles and tinctures or using products topically.

The laws for each state and territory differ. For example, 33 states, D.C., and three U.S. territories allow medical marijuana use. Thirteen states have legalized “low THC, high cannabidiol (CBD)” products, while keeping recreational and medical marijuana illegal. Some states have decriminalized the possession of marijuana while not legalizing its use. There are 11 states where possessing small amounts of marijuana (without medical authorization) is still a crime. That’s why it’s important to research your own state or territory’s laws and consult local legal experts when necessary.

Decide where you stand

* New York has decriminalized marijuana possession. It is not legal to use recreationally, but users can only receive a monetary fine for possession and not a criminal or misdemeanor charge.

There are some very specific differences between states and territories when it comes to growing marijuana. Some states and territories allow growing a certain number of pot plants at home, with some laws even specifying how many can be flowering at the same time. In other areas, rules differ for recreational and medical use — and still others allow only qualified medical marijuana users to grow their own.

“My realtor felt that it was great that he offered six months rent up front,” Skibby said.

“It was shocking, okay? Every turn I made I saw something else,” said Skibby. “It was heartbreaking for me.”

The situation turned into one homeowner’s rental nightmare.