This situation is treated in the same way as one in which only a small quantity of cannabis is present, intended for personal consumption. If plants are discovered, the grower will be required to relinquish them and, in most cases, will not be prosecuted.

It is not permitted to grow cannabis or marijuana plants at home or anywhere else. If no more than 5 plants are present, it will be assumed that there is no question of any professional trade or business being conducted.

It is a criminal offence in the Netherlands to possess, produce or deal in drugs. This applies to soft drugs as well as hard drugs. The use of drugs by persons aged 18 years or older is not a criminal offence in the Netherlands. But to prevent nuisance, municipal authorities may include a provision in their general municipal bye-laws prohibiting drug use in designated areas. If you use soft drugs in one of these designated areas, you may be arrested or ordered to pay a fine.

The sale of soft drugs in coffee shops

Businesses known as ‘coffee shops’ in the Netherlands are cafés that do not serve alcohol, and where customers can purchase and consume soft drugs. Although the sale of soft drugs is a criminal offence, coffee shops selling small quantities of soft drugs will not be prosecuted. However, they must comply with a number of conditions. 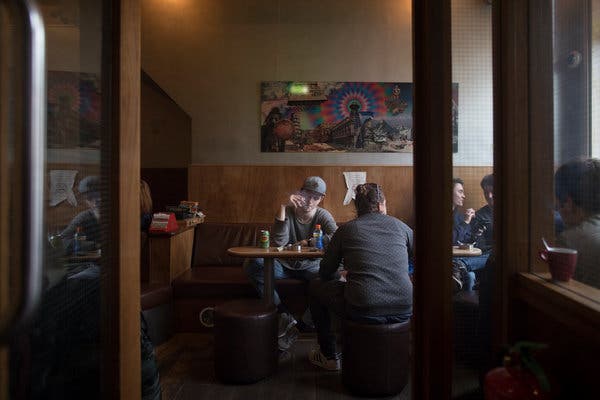 “We have to be honest about the current situation, where organized crime has taken over marijuana growing situations,” said Arno Rutte, a lawmaker with the People’s Party for Freedom and Democracy, or VVD, a liberal party currently in the four-party governing coalition.

“To make the system logical again is to also tolerate the production of the cannabis,” said Paul Depla, the mayor of Breda and an outspoken proponent of legalization.

“Right now, you are allowed to buy the milk, but you can’t know anything about the cow,” said Vera Bergkamp, a lawmaker with D66, a center-left party in the governing coalition that supports a bill that would test decriminalizing cannabis.

The coffee shops are a fixture of neighborhood life in many Dutch cities. Close to the picturesque center of Breda, de Baron is typical — as far as the term can be used in an industry that prides itself on individuality. Clientele of various ages hang out, smoke joints or play cards, often for hours.

While the coffee shop business can be lucrative, owners say, current laws complicate their business and raise costs.

“The Netherlands fulfills many characteristics of a narco-state. Detectives see a parallel economy emerging,” the report stated, noting that while crime over all had decreased, those producing and trafficking drugs were becoming ever more sophisticated.

BREDA, Netherlands — Acting on an anonymous tip about marijuana growers, Dutch police officers last month raided a basement laboratory in Best, a small village about 15 miles from the Belgian border.