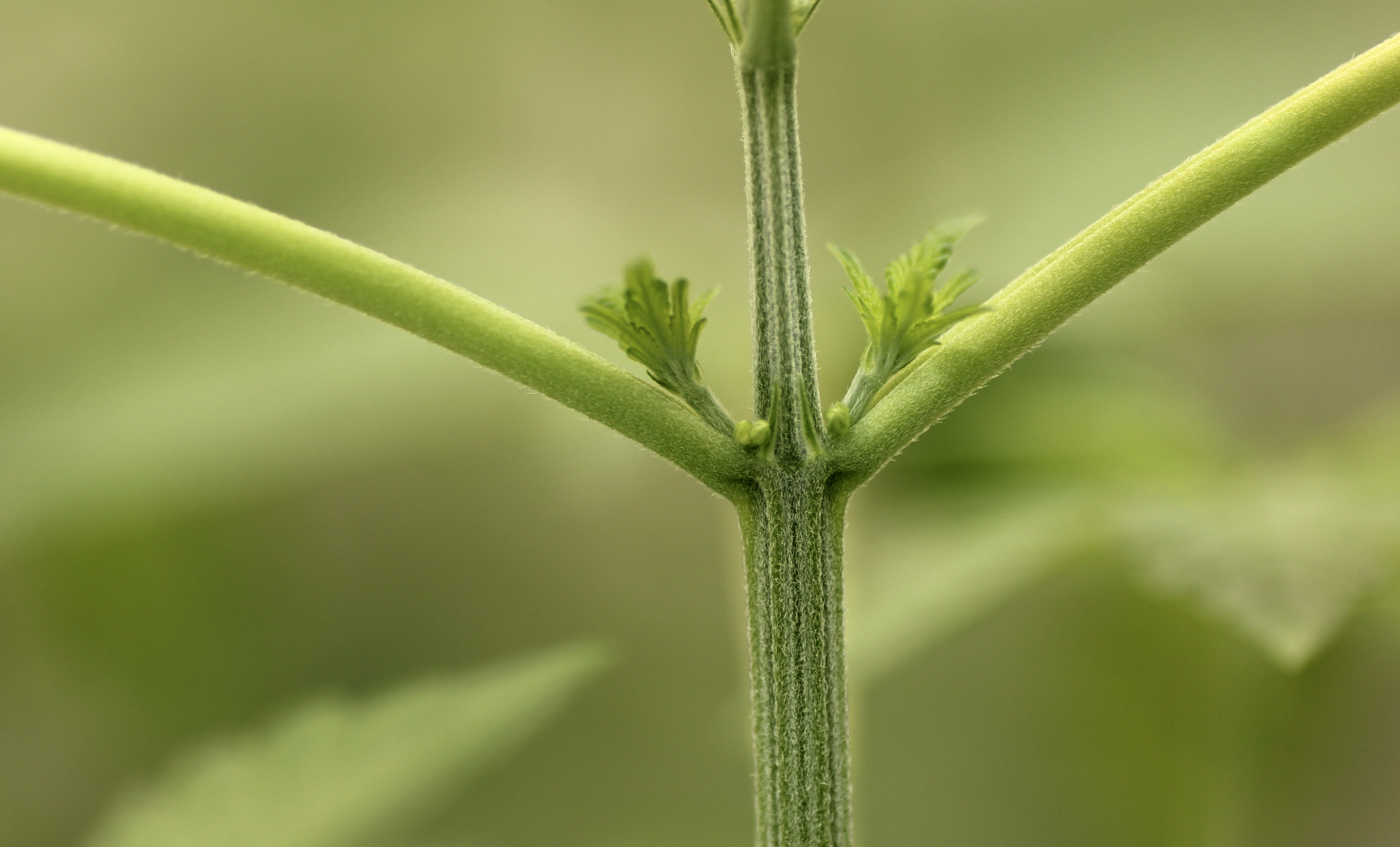 Some cannabis strains are more sensitive to stress than others. Stress can arise from a number of sources, from overly enthusiastic pruning and topping to environmental factors like excessive temperatures, water shortage or surplus, soil acidity or overfeeding and lack of nutrients. It is good to know that cannabis is called a ‘weed’ for a reason: this is a hardy species with great natural resilience. Still, most cannabis seeds you can order online are crossbreeds cultivated for specific traits like taste or THC content. Years of crossbreeding and hybridization have created some strains that are more prone to stress than their natural ancestors.

The cannabis plants most consumers know and love are often female. As these are the plants that produce the smokeable flowers – the dried buds – but which can also be grown at home. These weed flowers, buds, or ‘colas’ are covered in trichomes / resin which holds the plant’s active components, like cannabinoids and terpenes. Male cannabis plants however are less popular with consumers, as their only task in life is to release pollen into the air.

Before we dive into the more complicated matter when it comes to sexing a cannabis plant, let’s start with some basics. Cannabis plants are so called ‘dioecious plants’ (‘di-‘ is ‘two’ in Greek; ‘oikia’ means ‘house’). This means they produce either male of female reproductive organs, known as the flowers. In contrast to ‘monoecious plants’, which produce two different types of flowers on the same plant.

Male Cannabis Plants are recognized by the formation of pollen sacs on the plant’s nodes. This happens around the same time as female reproductive organs should be forming. Although female plants tend to develop their reproductive organs a bit faster. Luckily, these male pollen sacs can be distinguished pretty easily. As they look like small balls hanging from the side of the plant; instead of the upward facing hairs from the female plant.

Female weed plants are distinguished by the development of bracts with small white hairs (stigma’s) on their nodes. A node is the part of the plant where branches and leaves emerge from the stem. After a while, the female plant starts pushing out more and more of these hairs until they swell up from the bottom up. This means the plant is now forming ‘calyxes’ that eventually stack up to become the flower as we know it.

So even if you use feminized seeds, it is advised to keep a close eye and determine the sex of the plant as soon as you can. As there’s always a small chance at finding a male plant in your garden which could screw up your harvest, or for the plant to turn from female to hermaphrodite and develop both sexes on one cannabis plant; as we’ll explain later on.

These ‘calyxes’ remain empty as long as the plant is not pollinated by a male plant. When it does get pollinated, these calyxes will fill up to hold and protect the plant’s babies: seeds. It is even thought that the resin on weed plants serves only that purpose in nature: to protect the plant’s offspring from burning in the sun.