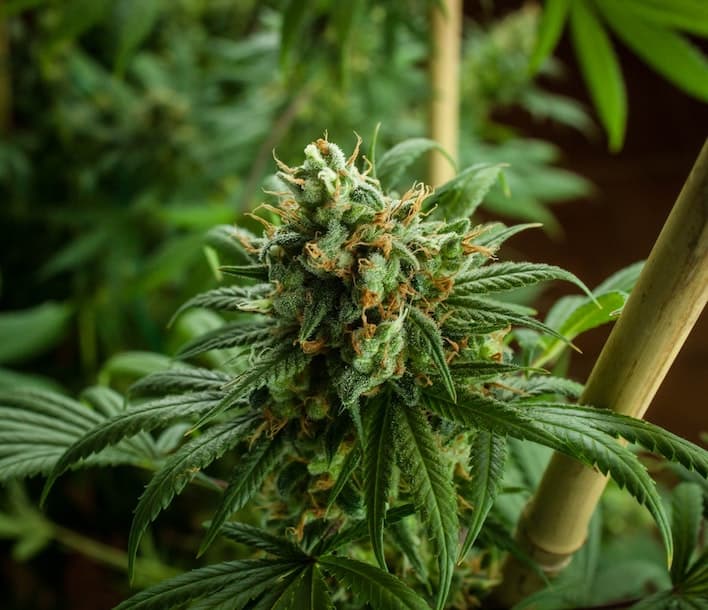 While local laws can prohibit personal-use gardens, they can’t ban indoor cultivation if it’s “fully enclosed and secure.” Some cities or counties may require a permit to grow cannabis.

Recreational user grow limit: Up to 6 plants per household

Cannabis grown at home should only be for personal use. Under the law, you’re allowed to give a certain amount to a qualifying patient or adult. However, selling your cannabis, especially to a minor, can result in serious criminal charges.

Under Proposition 215, qualified patients and caregivers can legally grow medical cannabis for personal use with a recommendation from a licensed physician. As long as you’re growing for personal use, you’re legally allowed to grow cannabis in an area that’s 100 square feet.

Violations of these rules are punished with a fine of up to $250.

You can report an illegal business anonymously online at cannabis.ca.gov

Recreational cannabis sales began in January 2018, and while many have played by the rules, the illegal growth and sale of the plant continues to undermine those following the rules.

Since its establishment in 1983, the Campaign Against Marijuana Planting has had more than 110 law enforcement agencies involved, making it one of the largest law enforcement task forces in the U.S.

State license issuance began in 2018, but data isn’t available for that initial year because they were issued as temporary licenses. Data sets begin in 2019, when 12-month annual and provisional licenses began to be issued, using the online licensing systems. Licenses remain active for one year, at which point they can be renewed for an additional 12 months. This list displays counts of when the licenses were first issued, but not each time one was renewed.

That would make it the eighth most valued commodity in California agriculture.