I don’t want to mention names, but there are a few well-known celebrity brands out there right now claiming to sell Chemdog, and it’s just not Chemdog.” – Chemdog speaking to Cannabis & Tech Today’s Spring 2021 issue available here.

“I would say probably 85% of the stuff out there [called Chemdog] isn’t really what it’s labeled. They’re just throwing a label on it to sell it. A lot of the strains, I can take one smell and know this isn’t it. They just use the name.

And then buy those strains. Oh, and then sign up for our email list because it’s the only way to get first notification of new strain drops before supplies run out.

Now that Canna Provisions Director of Cultivation, Greg “Chemdog” Krzanowski is releasing his first legal crop of top shelf craft cannabis flower line – Smash Hits – there’s only one thing left to do – learn about the strains.

Who’s Cap you may say? Short for Capulator, he is an old school breeder from the days of genetic message boards. And his MAC 1 – short for “Miracle Alien Cookies” but also has been called “Mother of All Cannabis” – is the stuff of legend and song. With grandparent origins of Starfighter x Colombian, Cap forgot about seeds he got from that cross before the seeds survived an ill fated trip to the washing machine. Of the 15 seeds that germinated only one plant survived: “Miracle 15” pheno. That Miracle 15 crossed with Alien Cookies F2 #7 to make the eventual MAC 1. What we have here is the Caps Cut version of his MAC1, so it’s coming from his personal crop. Cap decided to make a rule for the MAC: Only growers who had put in the time and had a passion for the plant would get his genetics and cuts. Thankfully one of those growers is Chemdog. And now it’s available to you.

EFFECT : Strong, balanced uplifting side of things, mood enhancer that skews productive and talkative with an overall relaxing and dreamy high. 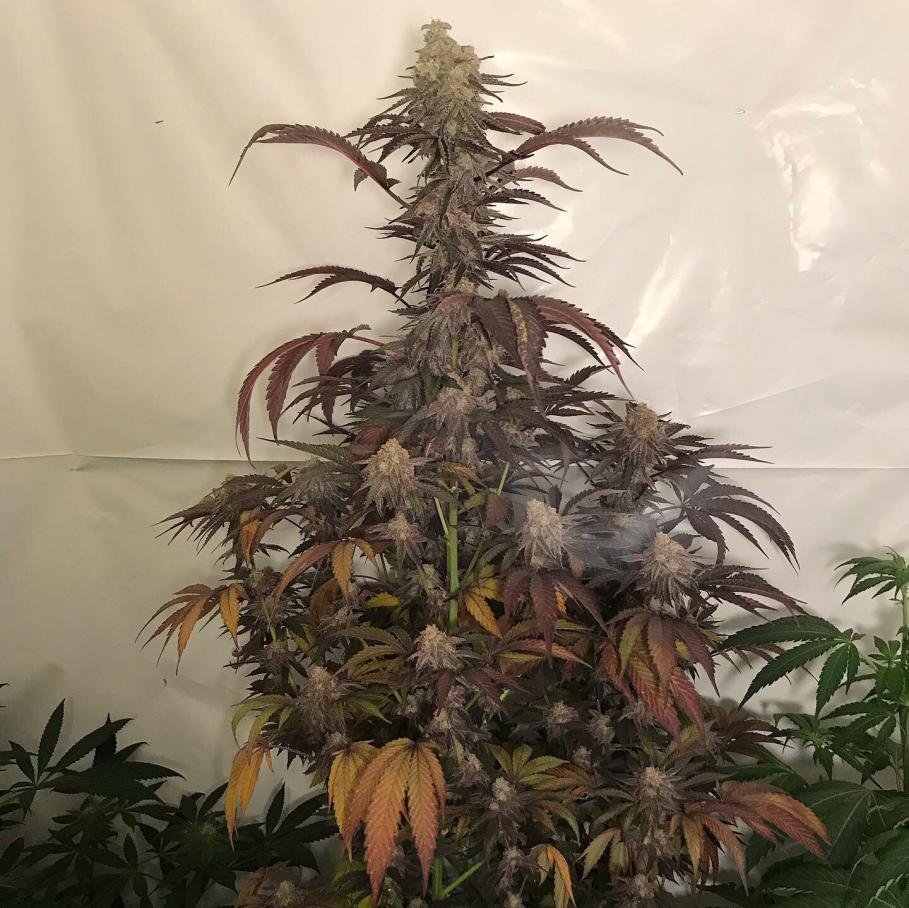 The epic tale of The MAC begins with a Starfighter breeding with a Columbian landrace strain that the breeder personally picked up from South America. As the story goes, the seeds were tragically left in the breeder’s pants pocket, pants that found their way into the washing machine. A bold heroine (his wife) put the soapy seeds into paper towels where they all germinated and seemed to be healthy. But, alas, shortly after being planted all of these seedlings died simultaneously. All but one that is. That sole survivor, the fifteenth to be planted and the only to survive, was thus dubbed “Miracle 15.” Miracle 15 was a male, however, so he could never be flowered. But along came a lady by the name of Alien Cookies. They fell in love and gave birth to an only child, a child they named Miracle Alien Cookies. And thus, The M.A.C. was born.

Here are some pictures of the MAC 1. They are not mine but were found around the internet. Since this clone is small I thought it would be a good idea to see what to expect from her. First a nice bud shot of her:

Miracle Alien Cookies is a strain created by Capulator. It is a cross of Alien Cookies and a Starfighter x Colombian cross. Seeds were made available but MAC 1 is the breeders selection from the resulting cross. Apparently efforts to breed with her produced garbage. That’s the word the breeder used. Offspring were mutants or terrible yielders and pollen was scarce and mostly sterile.

Here is a young clone of MAC 1. This is Cap’s cut and he is the breeder of this strain. The strain itself is called Miracle Alien Cookies and seeds are/were available from Seed Junky Genetics. However Mac 1 is a clone only strain because it has proved to be impossible to breed with.

And here are some plant and cola shots:

I am assuming the genetics are truer than the story that comes with them but whatever they are and wherever this strain is from people who grow MAC1 and smoke it all seem to agree she is an outstanding plant. She makes beautiful buds and offers unique smells and tastes. So all hype aside that is enough reason to grow her.

After a week under subdued lighting I repotted this girl into a 1 gallon pot filled with coco. I am also starting to give her more light. She looks like she grew this week. Looking fatter and wider and maybe a bit taller too.