Wordfence is a security plugin installed on over 4 million WordPress sites. The owner of this site is using Wordfence to manage access to their site.

If you think you have been blocked in error, contact the owner of this site for assistance.

If you are a WordPress user with administrative privileges on this site, please enter your email address in the box below and click "Send". You will then receive an email that helps you regain access. 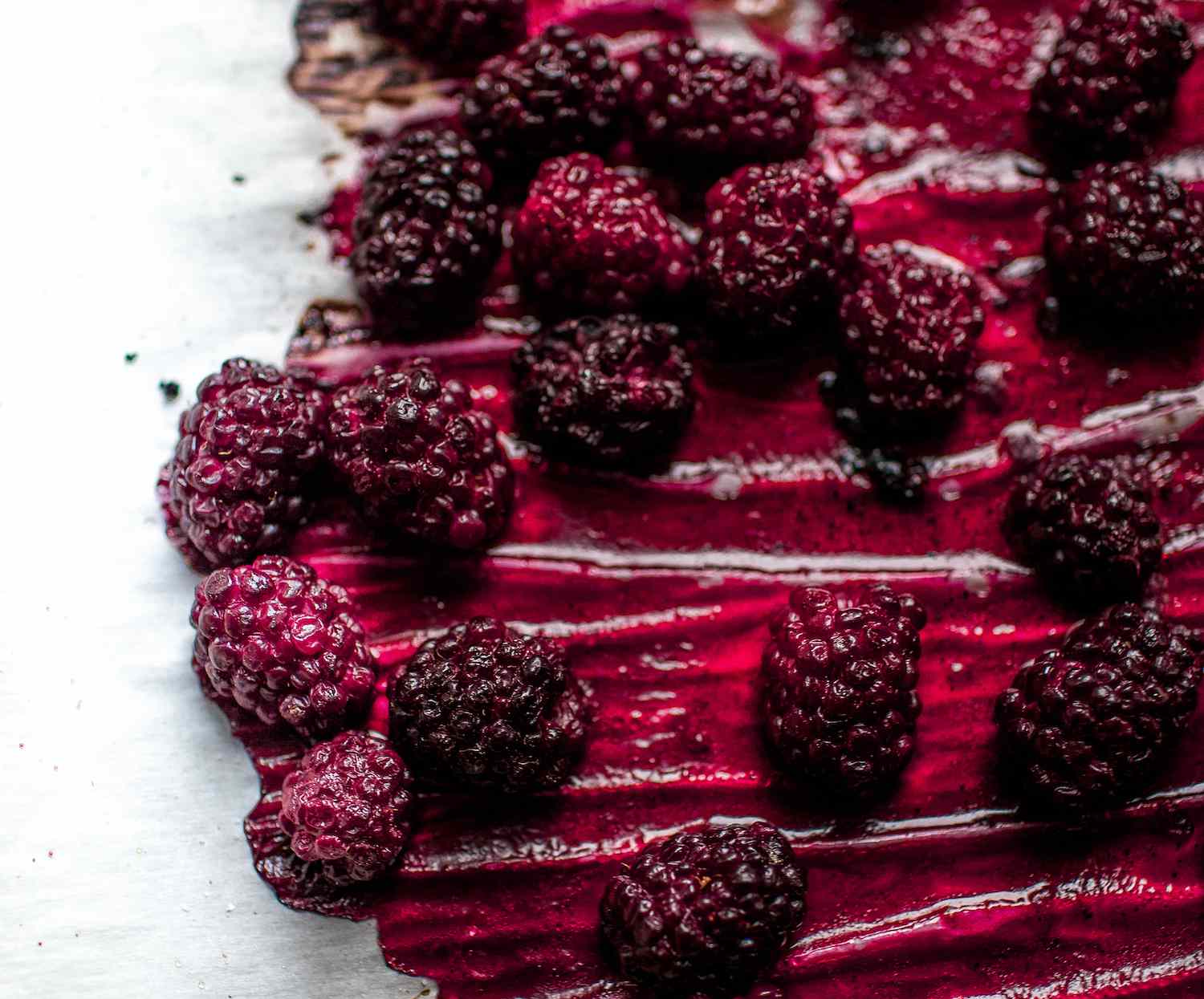 Though they're fragile, an advanced harvesting method means their flavor and texture is consistent in processed products. While other berry varieties are sometimes harvested in large batches—not every berry ripens at exactly the same time, so massive harvests mean many unripe berries end up with ripe ones—marionberries are harvested very selectively. During the short four-week season that kicks off around Independence Day, the berry fields are picked every few days with finely tuned row machines that vibrate at very specific frequencies, causing only the ripe berries to fall off the plant to be collected.

Oregon is home to only one true native blackberry plant, Rubus ursinus, a shrub with prickly branches that produces sweet, oblong berries. And though it’s a perfectly plump, multi-faceted fruit, scientists and horticulturalists with the US Department of Agriculture and Oregon State University have long worked together to cross-breed berries, seeking higher yields and even more fragrant fruit. Plenty of delicious new berry cultivars have come out of this partnership, but the marionberry is the prized jewel.

Today, marionberries are known for being the perfect berry for eating out of hand, and for processing. Sweet and smooth, they’re ideal for making preserves, jams, fruit spreads, pie fillings, sauces, crisps, crumbles, and more. Because they were bred more for flavor than durability, these berries don’t travel well outside the Pacific Northwest. And, unfortunately, marionberries aren't grown outside of the Pacific Northwest because it's one of the few regions in the world that specializes in this type of berry harvesting and processing.

It’s as if Oregon's Willamette Valley—a fertile slice that runs between Eugene and Portland, about 70 miles inland—was created to grow berries. The cool, mild winters and warm-but-comfortable summers create the perfect microclimate for trailing berries to thrive. Bushes of blackberries, many different varieties, cling low to the ground to survive winter, and don’t turn to jam on the plant under summer’s scorching sun.

The marionberry is considered by many to be the perfect berry because of the delicate balance between the fruit's sweetness and acidity.

While marionberries are sometimes marketed as being seedless, and eating one you’d assume that was accurate, a seedless berry is actually impossible, according to Stirk. But marionberry seeds are essentially undetectable to the tongue—they are extremely flat and thin, and evenly coated with a gelatinous material that helps them slip by without notice.

As Oregon became known for the cultivar, an effort in 2009 aimed to make the marionberry the official state berry. The action was supported by most legislators but was ultimately abandoned when a prominent berry producer claimed a focus on one specific berry variety might hurt the sales of other varieties.

Blackberries, raspberries, and marionberries are all known as caneberries, a family of berry varieties that produce fruit on woody vegetative shoots called canes. Marionberry plants typically produce just a few long canes (often around 16-20 feet long) that are easy to train and handle, making it an easy option for growers in any operation. They also produce pretty massive berries compared to other varieties.

Easy to grow, and growing in popularity, the cultivar blew up in Oregon and in surrounding states, becoming the most popular berry in the region. Marionberries still account for about 25% of the state’s berry production, an impressive feat for a cultivar developed over 50 years ago.

The birth of this particularly sweet berry, led by USDA horticulturalist George F. Waldo, involved crossing a Chehalem blackberry with an olallieberry, a blackberry cultivar with native Rubus ursinus in its parentage. The new hybrid and its potential were first noted in 1945; the berry was tested, mainly in Marion County, Oregon, until its official release in 1956. “Marion is a new blackberry that shows promise of meeting some needs of Oregon’s small fruit industry not fully met by the most widely grown blackberry varieties, Thornless Evergreen and Boysen,” Waldo wrote in a pamphlet, noting that the plant produced more fruit that ripened faster, and its “fruit quality has been generally superior to that of both varieties.”