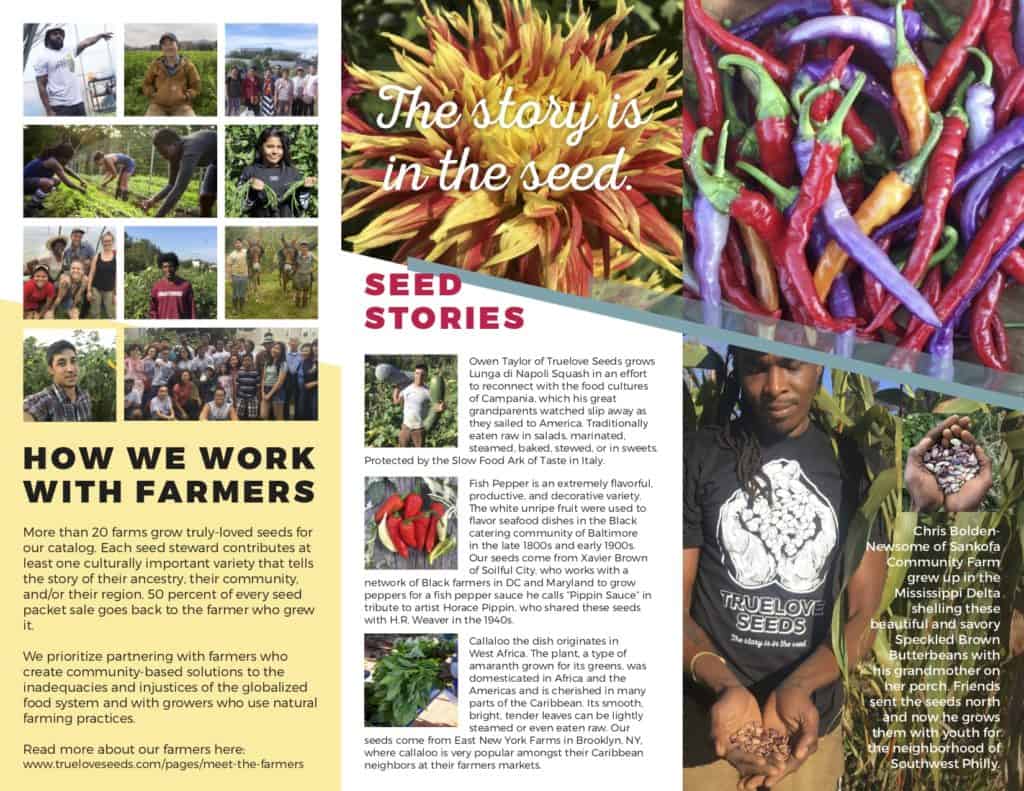 Other resources you may want to look into for your seed-saving endeavors:

Owen had shared a question with us at Groundswell, that we weren’t able to get into at the end of the discussion group, so we will share that here, in hopes that it will create inspiration, and good direction:

What is one thing you can do this year to embark on or deepen your seed sovereignty work?

Philly-based Truelove Seeds works with 20 small-scale urban and rural farmers to culminate a catalog of uncommon seeds with cultural significance. They aim to move beyond the seed bank model toward rematriation, where profits are shared, people’s experiences are honored, and ancestral seeds are linked to food justice and social change

As promised by Owen, here is a seed saving chart from Seeds Matter:

After watching this video, we appreciate if you fill out a brief survey.

This was the question posed by Owen Taylor of Truelove Seeds to Tuesday’s group of food activists in this month’s Farming for Justice Discussion. The conversation spanned from seed stories, the origin of Truelove Seeds, the importance of seed-keeping, to sharing some resources to get started with saving seeds. 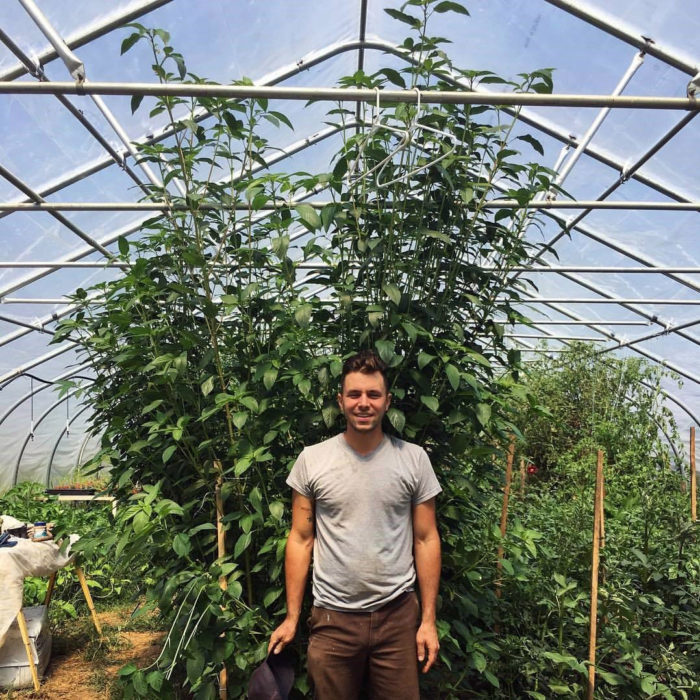 Callaloo is an important part of Caribbean cuisine. The green, leafy plant, also called amaranth, is often steamed with onion, tomatoes, and garlic. Easy to grow and full of iron, it’s difficult to find in the United States, even in East New York, where there’s a large Caribbean population.

Fewer people are saving seeds, which means that many older varieties that aren’t valuable to the big seed companies are being lost. Not only does that shift result in fewer choices for farmers and gardeners, but it also puts food systems at risk from lack of diversity.

We’ll bring the news to you.

Seeds for the catalog’s Turkey Craw Bean are grown in partnership with Chelsea Askew, a farmer in Burkeville, Virginia, who comes from a long line of Appalachian farmers. She focuses on storage crops and varietals that do well in her zone and don’t need too much care. “A lot of my emphasis is on … growing the things that are adapting well to the crazy shifts in weather and things that have been selected for this area for quite some time,” Askew says.

Sugar was expensive and difficult to get, and molasses was the go-to sweetener in the region, says Askew. Plus, sorghum is a multi-purpose crop—the stalk is used for molasses; the leaves are used for animal feed; and the cane is crushed for livestock bedding. The plant does well in heat and is very drought tolerant, but harvesting and cooking it takes a lot of labor, so communities would traditionally do that work together. “It’s super important for self-sufficiency, general resiliency, and also community—which is crucial for resiliency as well,” says Askew.

Beneath the clatter of the elevated subway in the Brooklyn neighborhood of East New York is a garden full of vegetables you won’t find on local grocery stores shelves, including a healthy plot of tall callaloo.