The Naga Viper chili has an interesting background. It was created in Cumbria, a small county in England and is a 3-way cross of the Naga Morich, Bhut Jolokia, and Trinidad Scorpion. Some say the 7 Pot pepper was also involved in creating this. Even though this pepper appeared in the Guinness Book of Worlds Records as one of the hottest peppers, it was discovered that it was not grown out 8 full generations to make it a completely stable variety. Any way you look at, it when you grow it, you’ll have HOT peppers. 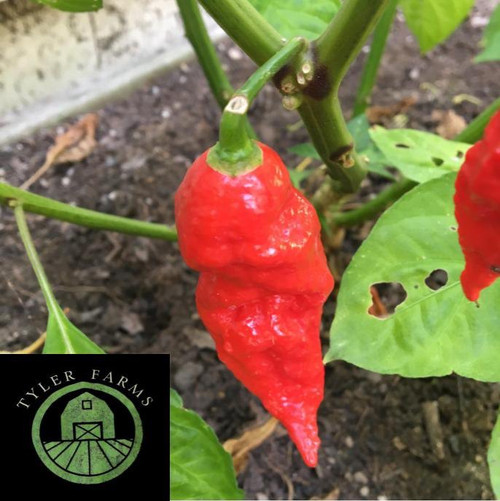 In 2011, the Naga Viper was briefly named the hottest pepper in the world by Guinness World Records, but it was eventually topped by the Trinidad Moruga Scorpion, Trinidad Scorpion Butch T, and Carolina Reaper. The Naga Viper remains one of the hottest peppers in the world as it averages 900,000 to 1,382,118 Scoville Heat Units (SHU), as measured by Warwick University. Its heat level is similar to the Trinidad Moruga Scorpion and the Naga Morich, and its slow burn is comparable to that of the Ghost pepper. The Naga Viper’s flavor is described as fruity and sweet, but its spicy heat level eventually kicks in to create a extreme burn.

Posted by Christy Jenkins on 3rd May 2018