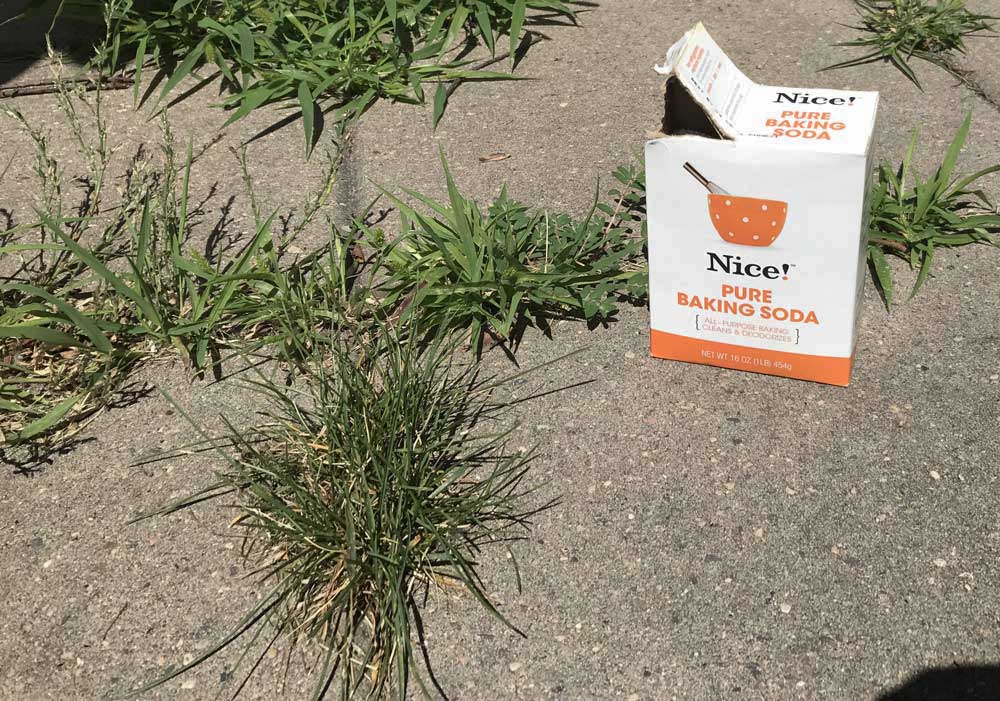 Vinegar, like baking soda, is a natural household product that is safe to use as a weed killer. Vinegar has acetic acid, which draws the moisture out of plants causing them to die. Vinegar is extremely fast-acting and will result in brown, withered weeds within 24 hours.

Let’s look at a couple of ways to prevent and get rid of weeds on a patio.

Weeds can grow in even the smallest cracks in a patio if you don’t take precautions to prevent them. When you properly install pavers, weeds have a difficult time growing up through the spaces between them.

When installing or refreshing pavers, weed growth is something to think about. Getting rid of weeds on your patio can seem like a pain because they are experts at finding places to grow.

Whether you’re putting down new paving or refreshing old paving, there’s a ton of ways to deal with weeds growing between them. Once you’ve already got a weed problem, it can be difficult to take care of, but there are several ways to resolve the problem in the beginning. 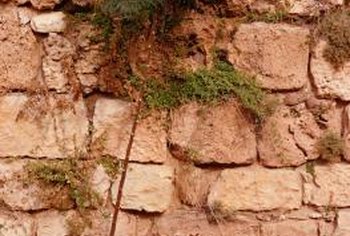 Chemical herbicides are great for removing individual weeds within bricks, but it’s important to understand whether the herbicide will kill just the weeds or other plants as well. Herbicides that contain fusilade will kill grassy weeds without harming broadleaf plants near the bricks. Systemic herbicides, on the other hand, will kill anything they land on. These types of herbicides contain glyphosate. Carefully consult the label and instructions on the herbicide packaging to see whether it will attack only the weeds or also your lawn. Either way, herbicides should be applied only at the base of the weeds. Only apply as much of the product as the label calls for.

Weeds can pop up almost anywhere. They are invasive and require only a tiny crack to grow in between bricks. Weeds in your brick patio or walkway can be unsightly and unwanted. Fortunately, there are several methods for removing them once and for all.

A natural solution to killing pesky weeds in bricks is to use regular table salt. Mix about one part salt to two parts water on a hot stove until the solution boils. While the solution is still warm, pour it directly on the bricks where the weeds appear. Be careful not to apply the solution to grassy or other areas that you don’t want to kill, as the salt will kill off just about any plants. Dry salt can also be placed directly on weeds, but you will need to add small amounts of water to dissolve the salt into the cracks.

One way of removing stubborn weeds from bricks is to pull them using mechanical tools, such as a crack scraper. Most home-improvement stores carry scrapers that contain long, L-shaped blades that reach into the cracks between bricks where the stem of the weed grows. By scraping along the edge of the brick, you can cut out most of the weed. One potential downfall of this method is that the roots often remain underground and may emerge again as weeds.

If you are reluctant to use chemicals or other methods that might damage nearby grasses or other plants, most weeds can be removed by hand. To effectively remove weeds so that they won’t come back, the entire plant must be removed. Grab the weed at the lowest point, nearest the surface of the brick. Pull straight up to remove the entire weed, including the roots. Removing the roots is the only way to ensure that the unwanted weeds won’t come back.